Is Beyoncé the Etta James of Our Time? 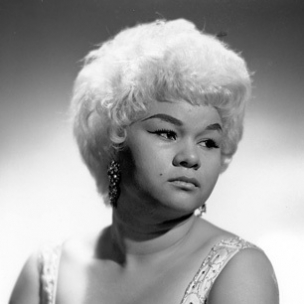 Would a young Etta James make it in today’s music industry?

With the sad news last week of Etta James’ passing, I found myself looking through early photos of this great lady and wondering: “Would a young Etta make it in today’s music industry?” Or, put another way, could an average looking woman in 2012 become a pop icon and sex symbol based on the strength of her voice alone? And since my post on Justin Bieber and Esperanza Spalding garnered so many fervent responses, I figured this time around I would use as my foil Beyoncé—an iconic black female R&B singer if ever there was one—who played Etta in 2008’s Cadillac Records.

The problem, of course, is that ‘B,’ as Beyoncé is known to fans like me, is both good looking and good sounding. Or is she? The truth is that, in our era of sci-fi-like post production sound processing, most pop recordings have become so sanitized that it is nearly impossible to know the true, intimate sound of a singer’s voice. This extends to ‘live’ shows, which depend heavily on auto-tuning (see Glee tour) and similar algorithmic ‘enhancements.’ Even B’s killer performance at the 2009 MTV Video Music Awards featured long passages of the studio version of her hit ‘Single Ladies’ played over Radio City Hall’s PA system that she didn’t even pretend to lip sync to, but rather used as background music for a high-energy dance routine.

At issue here is the massive shift (possibly irreparable) in focus from sound to visuals, brought on in large part by the advent of music videos. In terms of developing new talent, this new formula heavily favors the music industry because, as my friend and ZUMIX co-worker Dan Fox delicately put it, “There are far more hot chicks in the world than there are great singers.”

How many are both?

Answer: hardly any. In her day, Etta James probably didn’t have to compete against many bombshells with even mediocre pipes, let alone great ones. And Beyoncé, for all her talents, probably wouldn’t have fared nearly as well in the pre-MTV, pre-processed era. What’s really sad is that Etta, who grew up black in pre-civil rights America, was not picked to sing ‘At Last’—her signature hit—at the Inaugural Ball of America’s first black president. Guess who did?