Krumping in the African Diaspora — What Goes Around Comes Around 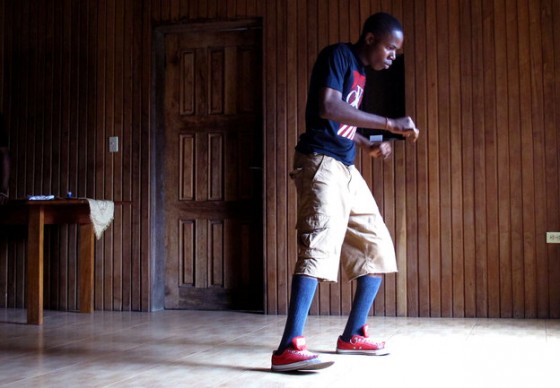 Sometimes it seems the arc of history bends right back to where it started. Take the West African nation of Liberia. Given its longstanding ties to the United States — it was, after all, founded by freed American slaves — it should come as no surprise that Liberians are well versed in American culture. Even so, yesterday’s story on National Public Radio (NPR) about the popularity there of an American style of dance known as krumping is remarkable.

Why? To start, krumping isn’t just an American art form, it is African American. And although krumping ‘battles’ are often seen as expressions of pure aggression, the picture is more complicated. K.R.U.M.P. is in fact a bacronym for ‘Kingdom Radically Uplifted Mighty Praise.’ Many of its herky-jerky movements and cold-eyed stares were inspired by the Holy Ghost Spirit possessions that are common in African American church services. And scholars have traced this distinctly animistic take on Christian worship to — you guessed it — West Africa, in particular the voodoo trance and possession traditions that originated there.

In other words, there is still no such thing as a cultural tabula rasa. Like the recent explosion of hip-hop across Africa, krumping’s popularity in Liberia shows that culture has its own inertia and destiny. What goes around comes around.